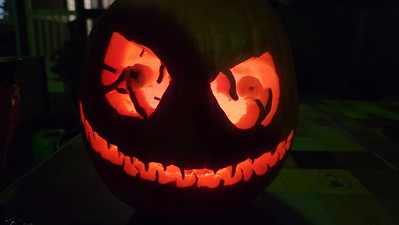 This month I have four articles on different facets of climate change (drought, ecological adaptation, and mitigation through peatlands), plus one big new global paper on the environmental impact of food.

FOOD / AGRICULTURE:
Halpern et al. 2022 is the latest paper to try and compare the global environmental footprint of almost all foods (both aquatic and terrestrial), using greenhouse gases (GHGs but excluding land use change), "blue" water consumption (from irrigation), nutrient pollution (N&P, excluding crop N fixing), and land use. Note that blue water consumption excludes rainfall, and focuses on evaporation & transpiration as opposed to "water use" (the amount pumped out) much of which returns to surface and ground water. This lets us compare the impact of different foods, look at which foods have the most total impact (and thus offer the most opportunity to improve via changes in practice or biology), and see which countries have the most environmental impact from food (India, China, the U.S., Brazil, and Pakistan - see Figs 2, 3, and especially 4). Spend some time with Fig 4, it's dense and interesting. For example, you can see that India has slightly more total impact than China, but produces substantially less food by all 3 metrics (calories, protein, and mass). Most of the data here are similar to what we've seen before, but still interesting (e.g., U.S. soy is 2.4 times more efficient than Indian soy). Reporting "cumulative" impacts can be confusing - wheat and rice have similar total impact in Fig 5, but Fig 6 shows that rice is far more inefficient per tons of protein produced). Fig 5 and 6 would be useful in looking at which crops and livestock species to focus on improved genetics or practices to have the most impact. But if you want to know "what should I eat" this paper makes it really hard to find that (Fig 6 is closest, or look at Supplementary Data 3 for country-specific "total environmental pressure" data using the food key from Table S6). So for example they find goats have a higher impact than cows, and in the US soy is the most environmentally efficient source of protein while sugar beets are the most environmentally efficient source of calories.


CLIMATE CHANGE & DROUGHT:
Cook et al. 2015 estimates the likelihood of summer droughts (June through August) in the American Central Plains and Southwest between 2050 and 2100. Their findings are striking, even under the RCP 4.5 climate scenario (which they put in the supplement, focusing instead on the much less likely RCP 8.5 scenario). They predict the following chances of a decadal (11 year) or multidecadal (35 year) drought: decadal ~94% Central Plains and ~97% Southwest, multidecadal ~73%  Central Plains and ~80% for Southwest (see Fig S13 on the past page of the supplement). That's pretty scary, and they further note this is drier than even the historically dry period from the years 1100-1300. However, this is a lot more pessimistic than the IPCC (as the authors acknowledge), and I'm not qualified to go deep enough in the methods to weigh in as to how likely this is. But as we have already seen out West, droughts lasting multiple years have very different implications both for communities and agriculture. Tree crops will be increasingly untenable as the risk of multi-year droughts increase, and farmers may have to switch to very different crops to make it through these dry periods.


CLIMATE ADAPTATION (ECOLOGICAL):
Moore and Schindler 2022 is an opinion piece arguing that more diverse strategies are needed to help prepare ecosystems for climate change. They argue that conservation needs to adapt to shifting ecosystems and unpredictable futures by maintaining complexity, especially by promoting enhanced gene flow and facilitating the ability of habitat to shift to new places as climate changes. Given uncertainty in climate changes and ecosystem response, they argue that refugia may not be as robust as promoting climate corridors and habitat heterogeneity. Local conservation work to address current stresses and future threats is another important aspect of improving resilience: by working on known threats we can make ecosystems more able to withstand the unknown. Finally, as ecosystems and populations shift, resource management needs to adapt to these new realities rather than sticking to long-term plans.


PEATLANDS - CLIMATE MITIGATION:
Richardson et al. 2022 estimates the potential climate mitigation benefits of rewetting drained peatlands (specifically pocosin - a bog found in the SE US dominated by trees and/or shrubs). They measured water table depth, soil characteristics, dissolved organic carbon, and emissions of CO2 & methand & nitrous oxide at 5 sites (3 drained, 1 restored, 1 natural). The drained peatlands emitted a net of 21.2 t CO2e / ha (Table 2). They conducted additional detailed measurements on the drained peatlands, and combined the data into a model to predict how water table would impact emissions. Methane and nitrous oxide were excluded since CO2 was responsible for 98% of CO2e (Fig 3). Validation found the model to be conservative and w/in 18% of measurements out of the training sample. The pocosin always emit more carbon than they absorb in fall and winter, but re-wetting peat resulted in them being a net sink in spring and summer. Rewetting from a water table 60 cm deep tp 30 cm deep cut annual net emissions by 91% (abstract says 94% but see Table 2 for the correct numbers). Rewetting from to 20 cm deep switched the pocosoins from a carbon source to a sink, sequestering 3.3 t CO2e / ha / yr. Re-wetting also reduces the risk of peat fires which would increase emissions much more. Finally, Table 3 has their estimate of how much restorable peatlands (drained peatlands currently used for agriculture or forest plantations) could be re-wetted. Note that Evans et al. 2021 earlier found that raising the water table to these levels are likely to reduce crop yields (or require a switch to different crops and cultivars), but that raising the water level to the bottom of the root zone is a clear win-win.

Goldstein et al. 2020 looks at peat fires in Indonesia and what causes them, especially the sub-surface fires which cause the most air pollution and can burn for a long time. Their answer: it's complicated. They essentially find three requirements for sub-surface fires: 1) drainage lowers the water table and dries out the peat, 2) fire is ignited (for one of many reasons), and 3) enough fuel is present (like tree logs) that the fire burns long enough to reach deeper layers (dry weather also has a big influence). Much of the widespread use of fire does NOT result in these deep fires, b/c either the site isn't dry enough or it burns often enough there is insufficient fuel on the surface. The authors try hard not to blame anyone for these fires, but do argue that major drainage projects are likely a dominant factor.

p.s. the photo was my attempt to make a Jack o 'lantern w/ bloodshot eyes