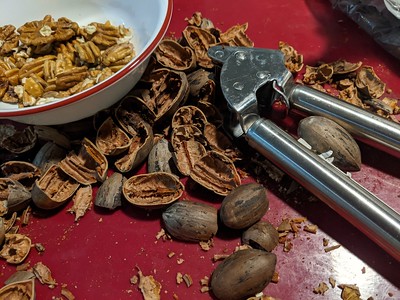 I've been falling behind on my science reading lately, but given the recent fires in the Pantanal (a South American wetland region) I thought I'd include a few papers on that, plus one bonus paper on fencing & wildlife. Next month I'll send out my usual "best of 2020" recap of my favorite articles that I read this year.

PANTANAL:
Alho and Sabino 2012 is a nice overview of the hydrology & biodiversity of the Pantanal, and how it has been modified by human activities. It covers the seasonal flooding (which inundates ~40-80% of the area), and how that relates to the species known to occur there (and notes that there are certainly a number of species not yet described by Western science). They flag hydroelectric dams and deforestation (mostly for pasture and farms) as two key threats to the hydrology. Dams reduce the floods in the wet season, and deforestation has reduced water retention, increased evaporative losses, and introduced invasive grass species which make the area more susceptible to fire. They also note overfishing, water pollution, and roads as additional threats.

de Oliveira 2014 compared riparian forests that were unburned to others that had burned roughly every four years, with variation in flooding frequency in both. They found that fire didn't affect species richness, but did reduce stem density and also substantially affected the species composition / proportion (with relatively few species in burned areas accounting for most of the plants in those areas, Fig 4). More days of floods reduced both species richness and stem density.

Lázaro et al. 2020 uses data on rain, streamflow, and satellite imagery to evaluate how the Northern Pantanal's hydrology has changed in recent years. They found that the Northern Pantanal has 13% more days without rain compared to the 1960s, plus a 16% drop in inundated area in August (the peak of the dry season) from 2008 to 2018. These changes are likely driven by both lower rainfall (delayed onset and shorter duration of the rainy season over the last decade) and hydrological modifications. Given the critical role of flooding to the Pantanal's ecology, this is a major threat to the viability of the ecosystems in the Pantanal. They note deforestation, water pollution from agriculture, and dredging for the passage of boats to ship agricultural commodities as additional threats beyond the changing hydrology.

Santos et al. 2020 reviews how one family of bats responded to 2005 fires in the Pantanal. They sampled six small forest patches (0.5-5 ha) both immediately and 3 months after a fire, of which three were completely burned, one was partially burned, and two were entirely unburned. They found that predatory bats were most abundant in burned patches right after the fire, but 3 months later those predators had been entirely replaced with few species of generalist fruit-eating bats (with the predators returning to unburned sites). It's a very small study on one family of bats, so may or may not be representative of fire response in the Pantanal more broadly.

Schulz et al. 2019 is an overview of the Pantanal, including it's environmental history, biodiversity, traditional use and management by humans (for fishing and low-intensity ranching), and current threats. It's a dense read with lots of good information, but the loss of traditional ecological knowledge is flagged as one interesting threat. Other key threats include deforestation, changing hydrology (from hydropower dams, deforestation, and climate change), river dredging, agricultural intensification, water pollution from upland areas near the Pantanal, overfishing (recreational and commercial). They find relatively little quantitative socio-economic data, lack of distinction between different subregions of the Pantanal, and many more research gaps.


WILDLIFE MIGRATION / FENCING:
McInturff et al. 2020 calls for 'fence ecology' as needing synthesis of existing research as well as more mapping and analysis of fences. The lack of good data on fences mean that barriers to migration and human footprint are likely underestimated. They model fence densities across most of 9 states in the Western US (Figure 2). They have a great summary of which species and ecosystem traits benefit or are harmed by different kinds of fences (Table 1), and even provide a typology of ecological impacts (Table 2), while noting that for every winner there are multiple losers. Finally, they synthesize 446 fencing studies and note several biases and related gaps. They found that research has focused on: economically important medium-sized ungulates (table 3), small plots (as opposed to large landscapes), few countries (the U.S., China, Australia, Botswana, and South Africa account for more than half of studies), conservation fencing (with livestock fencing and other kinds understudied), and impacts on the species a fence was built for (~2/3 of studies only studied impact on the target species as opposed to other species which may be impacted). They close by calling for policy action on wildlife-friendly fencing design and placement, and on removing fencing (and limiting new construction). There's a blog about this paper at https://theconversation.com/fences-have-big-effects-on-land-and-wildlife-around-the-world-that-are-rarely-measured-147797

Laskin et al. 2020 compares how different fence designs fare at preventing bison from crossing while letting other wildlife pass through. As you might expect, the most open fence was the most permeable for wildlife (with just 2 wires, 80cm and 100cm off the ground). The authors found that they could adjust the fence to a 5-wire configuration as needed to better contain bison despite being worse for wildlife, then adjust it back to 2-wire when bison are no longer expected to interact with the fence.

Lázaro, W. L., & Oliveira-júnior, E. S. (2020). Thematic Section : Opinions about Aquatic Ecology in a Changing World Climate change reflected in one of the largest wetlands in the world : an overview of the Northern Pantanal water regime. Acta Limnologica Brasiliensia, 32, 8.

p.s. If you'd like to keep track of what I write as well as what I read, I always link to both my informal blog posts and my formal publications (plus these summaries) at http://sciencejon.blogspot.com/