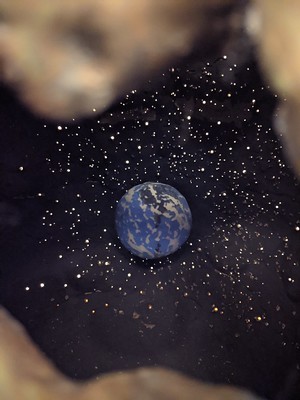 This month I am summarizing a mixed bag of science articles on conservation planning, climate change, fire & human health, and wildlife monitoring.

I was interviewed by Wildhub about things I've learned as a conservation scientist (especially related to publishing papers), if you're interested it's available at: https://wildhub.community/posts/communicating-your-message-is-crucial-and-it-takes-lots-of-practice

Also the 2021 Annual Request for Proposals (RFP) from The Science for Nature and People Partnership (SNAPP) is now open. You can learn more and apply at https://awards.snappartnership.net/ (proposals due by December 10th), but they fund quick working groups to advance research w/ tangible benefits to people and nature.

CONSERVATION PLANNING:
Lees et al. 2021 is an interesting analysis of the impact of participatory and stakeholder-inclusive conservation planning on threatened species. They specifically look at the 35 planning workshops hosted by The Conservation Planning Specialist Group (CPSG) of the IUCN Species Survival Commission (IUCN SSC) which had data for at least 5 years before the workshop and 10 years after on the species in question (using the Red List Index). The abstract tells a rosier picture than does Table 1: 10 years after workshops 4% of spp improved, 22% declined, and 74% were stable (after 15 years it was 9%, 26%, and 66%). But 1) they show that the decline slowed down post-workshop relative to pre-workshop, and 2) relative to a modeled counterfactual (w/o the workshops) they predicted that 8 species extinctions were avoided (of the 35 spp. with 15 years of post-workshop data). Check out Fig 3 for the mean risk over time which makes their point well. While it's posisble the 15 year data is an anomaly, in the discussion on p6 they make a good case that the workshops were the secret sauce rather than some other factor. Since they take place in contexts where past conservation has been unsuccessful and the path forward was unclear due to conflicting views and uncertainty, the pre-workshop outlook was typically poor, and actively including stakeholders in planning was a good way to both find solutions and build support for them. Studying the impact of planning per se is very difficult, and I don't see this paper as definitive proof, but it is useful evidence making a case for broad and inclusive planning that involves a range of stakeholders.


CLIMATE CHANGE:
Dobrowski et al. analyzes how much of the world will experience enough climate change to effectively shift into a different ecoregion, and how that relates to protected areas (PAs). They move ecoregions' location to keep their historic climate similar, which is an interesting thought exercise but not a likely scenario (given variations in soil and topography and other factors that will not shift w/ climate). They found that with 2C warming, 54% of land will effectively change ecoregions, with 22% shifting biomes (see Fig 4 for how this affects % protected by biome). This means there are winners and losers, with the biggest losers the ~5% of land within PAs that don't have an analogous climate w/in 2000 km for species to migrate to (shown in black in Figs 2b & 3b; 56 ecoregions 'disappear'). They recommend a focus on unmodified areas expected to be climatically stable that are currently underprotected, as well as areas that improve climate connectivity (see Fig 6 for a case study in the NW US and Canada). They also have a tool where you choose a place, and it'll tell you what other place currently has the climate the first place is expected to have w 2C (or 4C) warming: https://plus2c.org/


FIRE & HEALTH:
Liu et al. 2017 combines modeled smoke exposure from wildfire with hospital admission data (due to respiratory illness) to estimate the health impacts of fire on different groups of elderly Medicare enrolees. Specifically, they looked at age, gender, race, urban/rural, region, poverty level, and education (see Table 2) in 561 counties in the Western US. They looked at baseline hospital admissions for respiratory illness for each group, and then how that changes on days when smoke levels are high. They found more smoke exposure in Blacks, California, urban, and more educated counties. Hospital admissions on smoke days increased the most for Blacks (22%) and women (10%). There are a few odd findings (like poor people having more smoke exposure, but decreased hospital admissions on smoke days), and they also used a bad practice of having a 'referent' population that was white, make, urban, and relatively wealthy and young.

Palaiologou et al. 2019 looked at how different aspects of the Social Vulnerability Index affect wildfire exposure in parts of three states (WA, CA, NM). They grouped social attributes oddly rather than using the default SVI themes (see Table 2: I'm unclear why 'minority' ends up in 'education'), but found fire exposure went up w/ poverty & disability, higher population & # of households, youth, inability to speak English, and lack of high school education (but with variation by state). They found that most fire exposure for the most vulnerable places originated on private land relatively near to both towns and "wildlands."


WILDLIFE MONITORING:
Lahoz-Monfort & Magrath 2021 is an overview of tech options for monitoring wildlife (excluding biotechnology like eDNA and genomics) and to a lesser degree collecting other environmental information. Since they cover a wide range of tech fairly shallowly, it's hard to summarize. It's worth a quick read for anyone looking to understand the range of ways scientists track and measure wildlife from afar. They cover types of sensors (chemical, thermal, optical including UV and IR but broken out from multispectral and hyperspectral and LiDAR, radar, active sonar, passive acoustic, vibration, and position / motion), specific devices (visible and thermal camera traps, microphones w/ loggers, sonar on boats or buoys, land-based radar like Doppler, smartphones, and a few others), networks of devices (wireless or independent but with data harvested and combined later), devices on land and water vehicles, traditional remote sensing (from planes, satellites, and drones), devices on animals (which can track: location via several tech options, physiological info like temperature and heart rate or even birth, imagery, audio, individual identity, interactions w/ other animals, and more), other ways to track the location of wildlife, using sensors to trigger traps (or deploy poison or open / close a gate, etc.), and computing (including online platforms, smartphones, AI, and cheap computing).

p.s. the photo above shows the inside of a sculpture called Meteor by Robert Rosselle (the last one he made before he died). The outside is less lovely (https://www.flickr.com/photos/jaundicedferret/51430890217/in/datetaken/) so it's a great surprise to peek in and see the planet and stars