Earlier I wrote a post about how "green" compostable containers are, and found that most compostable containers can't actually be composted at home. However, when I got a bag of frozen rhubarb that said it was compostable, I decided to try it for myself. I was hoping that since the bag was so thin it might break down more easily than a thicker cup or something. Not so. Here's what it looked like before being composted (for 4.5 months in a home worm bin): 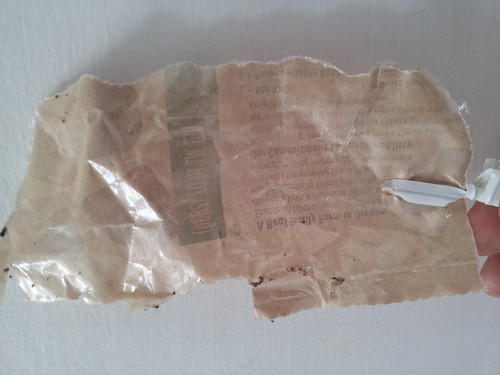 Here's what it looked like after being composted. Note that while the paper backing degraded, the "plastic" part didn't break down at all as far as I could tell. The strength of the material was unchanged: 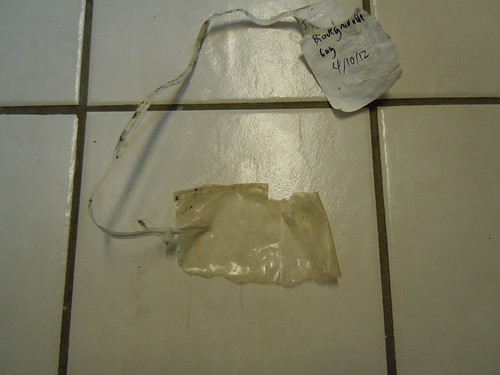 Some people I've met claim that with a sufficiently large / hot compost pile at home, this material can indeed be broken down, or that it will break down eventually. I'm putting it back into the bin for another pass through just in case, and I'll report back in several more months!
Posted by Jon at 6:33 PM